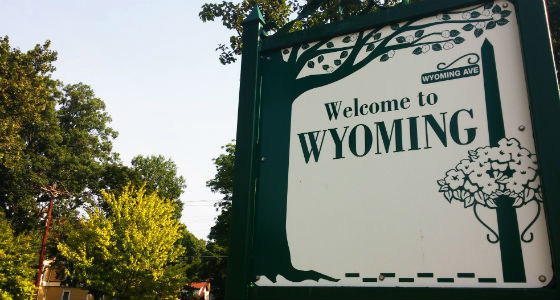 Wyoming Ohio is a beautiful community, and a wonderful place to call home with a great history.

Wyoming is in the Mill Creek Valley, which has provided a route from the Ohio River to points north since Native American times. In the early 1800s settlers in the territory developed Springfield Pike through what would become Wyoming.The completion of the Miami & Erie Canal in neighboring Lockland in the late 1820s opened the doors for growth and industry in that community. Many Lockland factory owners chose to build their homes in Wyoming.

Significant growth in Wyoming did not occur until the Cincinnati, Hamilton, and Dayton Railroad was put into service in 1851. Soon after, residential subdivisions were developed to take advantage of the access to and from Cincinnati that the train provided.On April 4, 1861, Colonel Robert Reily held a meeting in his home for the purpose of naming the village that had developed. The name “Wyoming” was selected because the village reminded early settlers of a beautiful spot in Pennsylvania that was called Wyoming. In 1874, Wyoming officially became a Village with 600 residents.Wyoming’s leaders were progressive and by the 1890s had constructed a town hall, water works, electric light plant, sewerage, sidewalks, an amusement hall, and school buildings. In the 1920s a planning commission and zoning regulations were adopted, and by 1946 the first Master Plan was adopted by the Village.

Lots going on in Wyoming Ohio

Residents of Wyoming Ohio who are still cleaning your gutters? What are you waiting for? Call us today for a FREE estimate to stop cleaning your gutters forever. Why not get out and enjoy a local sporting event or a good meal at a restaurant instead of worrying about you gutters?

Roofing and Siding in Wyoming Ohio

In case you didn’t know, the Gutter Magician is also the premier roofing and siding company in Wyoming Ohio and the surrounding Cincinnati area. Most roofing companies do the same on all of their roofing projects. They come give you an estimate, bring a large dumpster to put your old roof into, tarp the roof in case it rains, and take about a week to complete the job. Not the Gutter Magician. After our factory trained rep comes by your house, our expert roofing team will install a new Owens Corning roof with SureNail technology in ONE day on your moist important investment, your home. We never use dumpsters which can ruin your yard and or the driveway. We take it with us after the install on that same day. One day installs of roofing is a trademark of our expertise and professionalism in the roofing business and has been for many years. You can count on us to do a great job and install a premium, very high-quality product on your home. Please see our roofing page on our website at www.guttermagiciannky.com for roofing options before our factory rep comes to your home for the estimate. Just look for the Pink Panther logo and click on it to read more for your convenience.
Our siding products offered are also the best in the industry and we have several great manufacturers and companies for you to choose from like mastic and Alside.