Do you live in Aurora, Indiana and are you still cleaning your gutters?

Gutter Magician can help you stop cleaning your gutters. We have the ONLY solution to gutter pollution! Call us today! 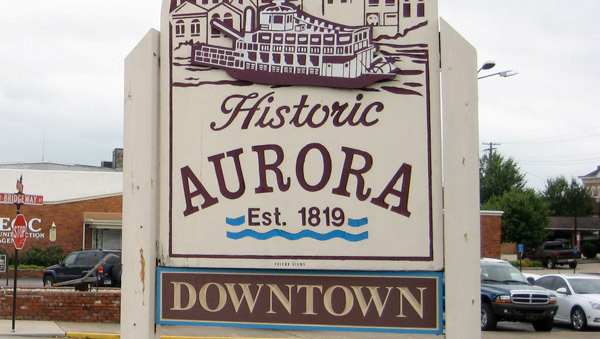 Excess water damage against the foundation walls can often weaken the foundation and lead to cracked foundations. Gutter Magicians exclusive rain gutter system can eliminate this issue once and for all with the best in gutter protection for your home.

Aurora, Indiana is a classic and historic river town that is located 35 miles west of Cincinnati, Ohio, located in the Southeast corner of Indiana. Aurora was settled in the early 1800’s and incorporated in 1845 and has strong historic connections to the Ohio River. Aurora is has a wide array of unique buildings that preserve its older rivercity history

The Duration series installed by the Gutter Magician will transform your greatest Investment, your home with beautiful shingles designed to protect your roof and home.

When your gutters are clogged and have water being severely misdirected you often get clogged downspouts. This can lead to driveways and sidewalks sagging and cracking leading to costly home repairs. Gutter Magician’s gutter protection system can solve these problems.

Lots to see and do in Aurora, Indiana

Hillforest is a seminaland beautiful mansion located in downtown Aurora that overlooks the Ohio River.This classic home was once the home of industrialist and financier Thomas Gaff and his family between 1855 and 1891. Today, the mansion is a designated National Historic Landmark and a historical museum and local event destination for tourists and locals alike.

Clogged gutters are much worse than no gutters in Aurora, Indiana

The gutter professionals at Gutter Magician want you to know that clogged gutters can result in many home problems like, rotten rafters, fascia and soffits. You will potentially have damage to your expensive patios and porches of all kinds. Erosion of flower beds and ruined landscaping.

The Amazing history of Aurora, Indiana

The City of Spires Historical Museum at 111 Fifth Street initially was known as the second church of Aurora Baptists.  This historic Aurora, Indiana landmark was built in 1848. It is the oldest standing structure built as a house of worship in Aurora. In 1874, the Baptists relocated to a new church at 219 Main Street, and in 1875 a newly formed German Reformed congregation purchased the former Baptist church.By 1911, the exterior of the church was changed to create a central frontal entrance with a steeple that replaced the original bell tower. The front of the church had featured two doors, approximately situated where the two front windows are now located. The bell was a gift to the Baptists from the people of Aurora in 1852. The bell has a deep, resonating tone. In 1994 the building was placed on the National Register of Historic Places.