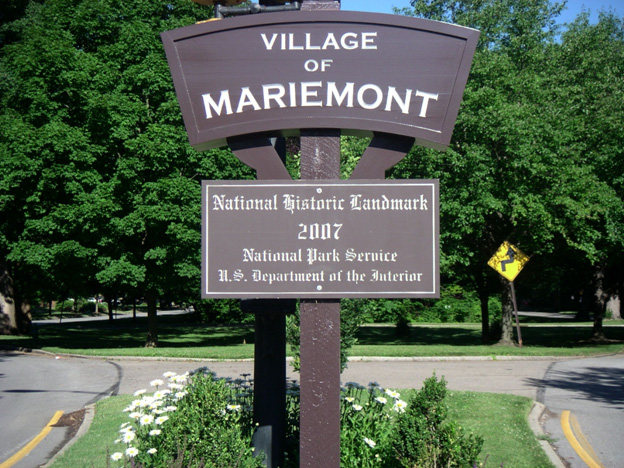 There are lots of options when it comes to cleaning your gutters in Mariemont, the team at the Gutter Magician truly appreciates and understands that fact. We also know there are many HUGE differences between the companies offering gutter protection for your home as well. For example most of the other so-called gutter experts out there use an inferior thickness of aluminum which matters a lot and can lead to a lot of problems for you the homeowner. At the Gutter Magician we ONLY use the best .032 thickness of premium aluminum extruded right at your home with no seams for a better and much higher quality finished product on your home.

The colorful history of Mariemont, Ohio

Mariemont is one of only a few so called“planned communities” in the United States. Located just north of downtown Cincinnati, Ohio.It has a colorful and unique history that is the pride of the village. The village was designated a National Historic Landmark in 2007. The earliest settlers were in 1788. They initially decided on land now occupied by Lunken airport and named it “Columbia”, in honor of Christopher Columbus. The early history of Mariemont from around 1786 to 1925 or so, centers around the Stites and Ferris families. It was Major Benjamin Stites who first purchased land here. The Madisonville Site

land in Dogwood Park near the Mariemont Swimming Pool was the location of a thriving village of Native Americans, one of the last groups to occupy territory in this area.The site had long been abandoned by the time European settlers reached our area in 1788. The Madisonville Site is considered to be of great importance in the history of the indigenous peoples of the Ohio River Valley.

The ONLY Solution to Gutter Pollution in your gutters is the Gutter Magician.

In case you didn’t know, the Gutter Magician is also the premier roofing and siding company in Mariemont and the surrounding Cincinnati area. Most roofing companies do the same on all of their roofing projects. They come give you an estimate, bring a large dumpster to put your old roof into, tarp the roof in case it rains, and take about a week to complete the job. Not the Gutter Magician. After our factory trained rep comes by your house, our expert roofing team will install a new Owens Corning roof with SureNail technology in ONE day on your most important investment, your home. We never use dumpsters which can ruin your yard and or the driveway. We take it with us after the install on that same day. One day installs of roofing is a trademark of our expertise and professionalism in the roofing business and has been for many years. You can count on us to do a great job and install a premium, very high quality product on your home. Please see our roofing page on our website at www.guttermagiciannky.com for roofing options before our factory rep comes to your home for the estimate. Just look for the Pink Panther logo and click on it to read more for your convenience.Our siding products offered are also the best in the industry and we have several great manufacturers and companies for you to choose from like mastic and Alside.