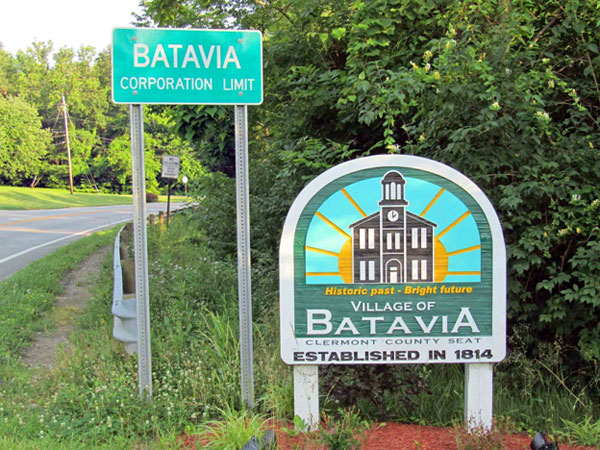 Are you still cleaning your gutters, or paying someone to clean your gutters? STOP, Please. There is a better, smarter more cost efficient way to keep your home secured and leaf free. The Gutter Magician has the BEST seamless gutter protection available on the market today. It is easy to do business with us as well. We are a local, family owned company with over 18 years of experience. Just give us a call and we will schedule on of our factory trained reps to come by and give you an estimate at your convenience.

Batavia, Ohio is a beautiful community, and a wonderful place to call home.

Batavia is a quiet residential neighborhood in Clermont County Ohio occupied largely by longstanding, independent businesses. Consisting of nice shops and unique restaurants. It is a diverse, and durable communityjust outside the Cincinnati area.

Roofing and Siding in The Village of Batavia, Cincinnati Ohio

In case you didn’t know, the Gutter Magician is also the premier roofing and siding company in Batavia and the surrounding Cincinnati area. Most roofing companies do the same on all of their roofing projects. They come give you an estimate, bring a large dumpster to put your old roof into, tarp the roof in case it rains, and take about a week to complete the job. Not the Gutter Magician. After our factory trained rep comes by your house, our expert roofing team will install a new Owens Corning roof with SureNail technology in ONE day on your moist important investment, your home. We never use dumpsters which can ruin your yard and or the driveway. We take it with us after the install on that same day. One day installs of roofing is a trademark of our expertise and professionalism in the roofing business and has been for many years. You can count on us to do a great job and install a premium, very high quality product on your home. Please see our roofing page on our website at www.guttermagiciannky.com for roofing options before our factory rep comes to your home for the estimate. Just look for the Pink Panther logo and click on it to read more for your convenience.

Our siding products offered are also the best in the industry and we have several great manufacturers and companies for you to choose from like mastic and Alside.

The Unique History of Batavia, Ohio

Batavia was surveyed on May 28, 1788, by Captain Francis Minnis, John O’Bannon, Nicholas Keller, Archelus Price, and John Ormsley. Virginian Ezekiel Dimmitt became the area’s first settler in the fall of 1797. George Ely purchased the Minnis survey in 1807 and platted the town on October 24, 1814, possibly naming it after Batavia, New York. The Clermont County seat moved from New Richmond to Batavia on February 24, 1824. Batavia finally incorporated as a village on February 10, 1842.The Norfolk and Western Railway stopped at Batavia from March 1877 to April 1971. The Cincinnati, Georgetown and Portsmouth Railroad, an interurban railroad, also ran through town from 1903 to 1934. Norfolk Southern can sometimes roll through Batavia about 3 times a day.